Once Upon a Time in Overcast, Badlion Anticheat (BAC), private servers and more!
Head of Events Staff - August 2, 2020 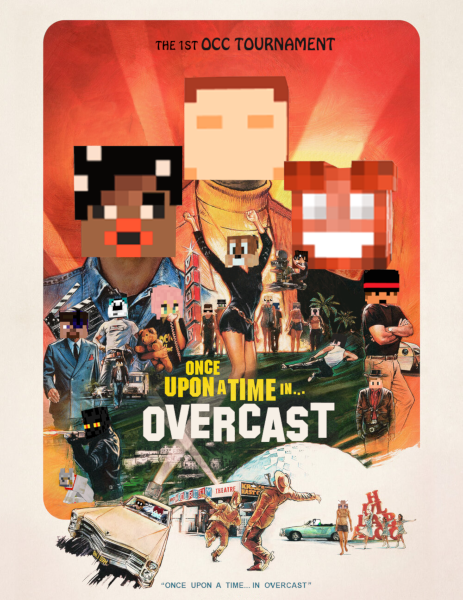 After a lot of planning, thinking, fixing and testing, we are more than excited to announce the first official Overcast Community tournament: Once Upon a Time in Overcast! It will be an 8 vs 8 tournament, featuring different gamemodes such as Capture the Wool, Destroy the Core, Team Deathmatch and Capture the Flag. For more information, read on!

To register your team, you must do the following:

Additionally, we will have Wildcard teams! To inscribe yourself as a Wildcard player, please use the Wildcard form below.

To inscribe yourself as a Wildcard player, please complete this form.

We are opening applications to several positions in our staff, such as:

Please complete this form and we will review your application shortly. If you think you can help us in any other way, please let us know by selecting the “other” option.

This is not final and it’s subject to change

Overcast Community rules will apply, and will be updated soon to include a tournament section that will apply immediately.

Last but not least, we want to announce a partnership with the Badlion Client. The anticheat is now live on oc.tc, and Overcast Community should be shown on the BAC server list soon. Its use will be mandatory to all players during the tournament. If you have any technical impediment and it’s impossible for you to run it, please fill out this form.

Good luck and have fun!